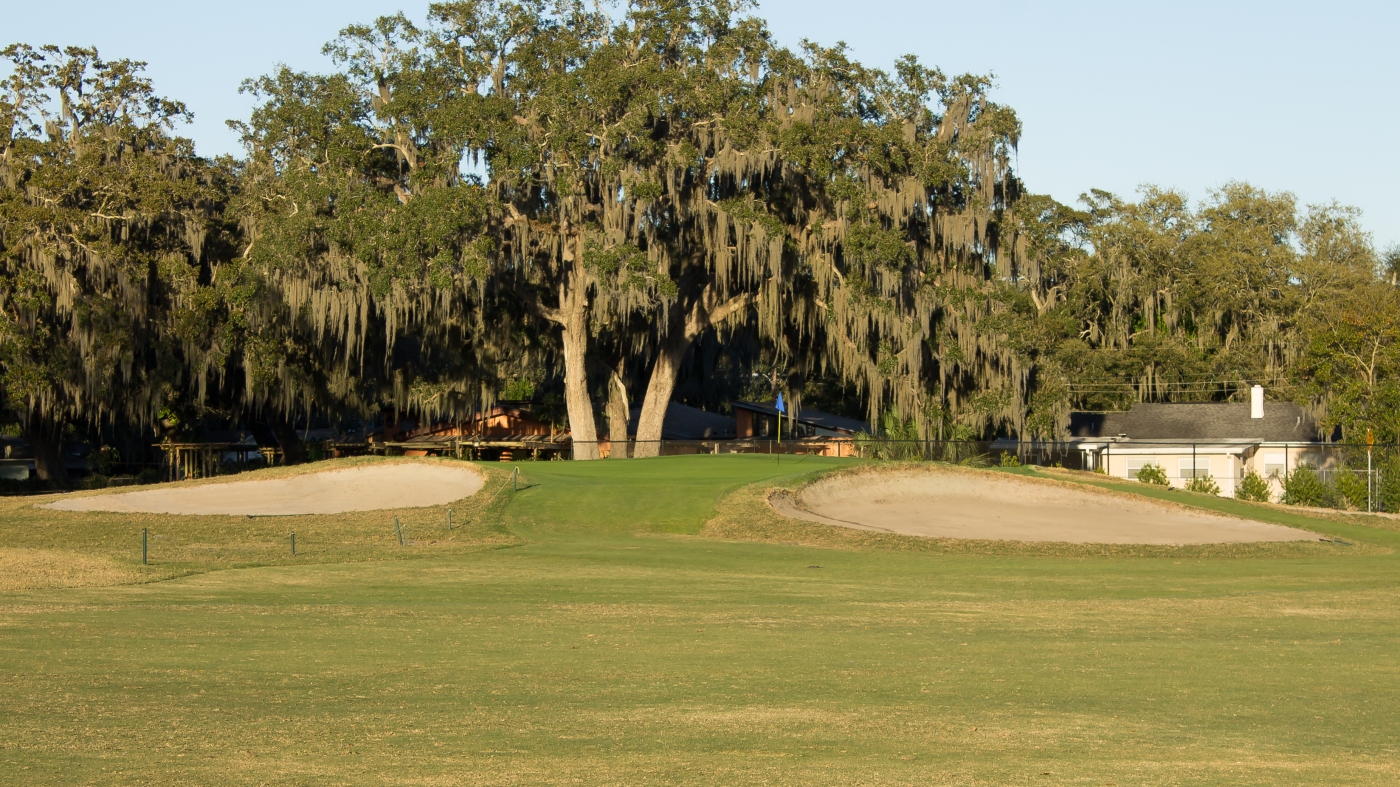 Photos from a few weeks ago at Cleveland Heights. Captions label the current routing of the hole as well as the original routing by William Flynn in parenthesis where appropriate.

Discovering that the original 11th tee still existed in the form of a forward tee today has enhanced my enjoyment of The Heights. While the extension of the pond in front of the green has eliminated the approach on this former 240-yard one-shotter, I love attempting this green in one shot from the original tee. Sadly, long gone are the three bunkers which defended the putting surface along a diagonal on the left side.

The recent uptick in course conditions has made the newest nine holes more interesting to me. It is rare to play to a green with water as a backdrop so having it three times on the new nine holes is both novel and fun. This artsy view from the left of the short 4th of the B-Nine shows one of those three. The other two are found on consecutive holes C-4 and C-5

Speaking of C-5, here is the view of the tee shot from the 6200 yard member tees. The back tee is from a sharper angle just to the right and behind the photo. To the left of the photo, the forward tees take the forced carry away. The putting green is seen through the trees by the bunker at right.

Flynn’s bunkering, likely never completed, has all but vanished. Aerial photos show that the cross-bunker on this hole survived well into the 1930’s. Unfortunately lost at some point in between, the foreground of this photo would have been dominated by this massive sandscape.

One of the more interesting Flynn holes is shown here. Flynn had a few template designs and this remains a variation on one of them – a short two-shot hole to an exacting green best approached from outside the dogleg. The bunkers have likely crept into the green a bit through the years, but the remaining portion of the putting surface matches the Flynn plan.

Stonework such as this is found throughout the property.

Golfers, this is important: While bunkers are sexy and visual, a hole’s merit stands on the quality of contouring and shaping and how that influences the shot. The original second green is on the tail end of a 190-yard tee shot to a subtly contoured green with a significant back-to-front tilt. Another large bunker, which would have dominated the foreground of this photo, was lost through the years. However, the quality of the hole remains high.

Another short two-shot hole which would fit in quite well at William Flynn’s Rolling Green outside Philadelphia.